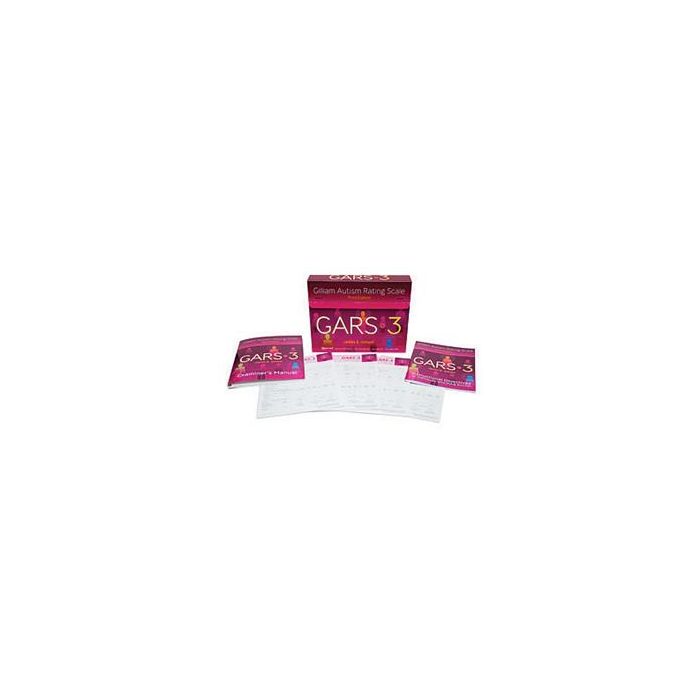 Fifty-six items clearly describe typical behaviors of individuals with ASD, and are grouped into six subscales:

Interrater reliability intraclass coefficients exceed .80 and .84 for the Autism Indexes. There is very strong correlation between the GARS-3 scores and those of other widely used diagnostic tests for ASD. All-new validity studies show that test results are valid for a wide variety of subgroups as well as for the general population. Binary classification studies indicate that the GARS-3 can be used to accurately discriminate children with ASD from those without (i.e., sensitivity = .97, specificity = .97, ROC/AUC = .93). Theoretical and empirical validity of the subscales is proven through confirmatory and exploratory factor analysis. More information about the validity of the GARS-3 is included in the Examiner's Manual.

New in the GARS-3

Items and subscales reflecting DSM-5 diagnostic criteria for ASD Diagnostic validation form assuring test results meet DSM-5 criteria for ASD Forty-four new items Six subscales that are valid and sensitive for identification of ASD New norms based on a sample of 1,859 individuals representing demographic characteristics of U.S. Census data for 2011 Interpretation guide offering an easy and efficient method for identifying the presence and severity of ASD